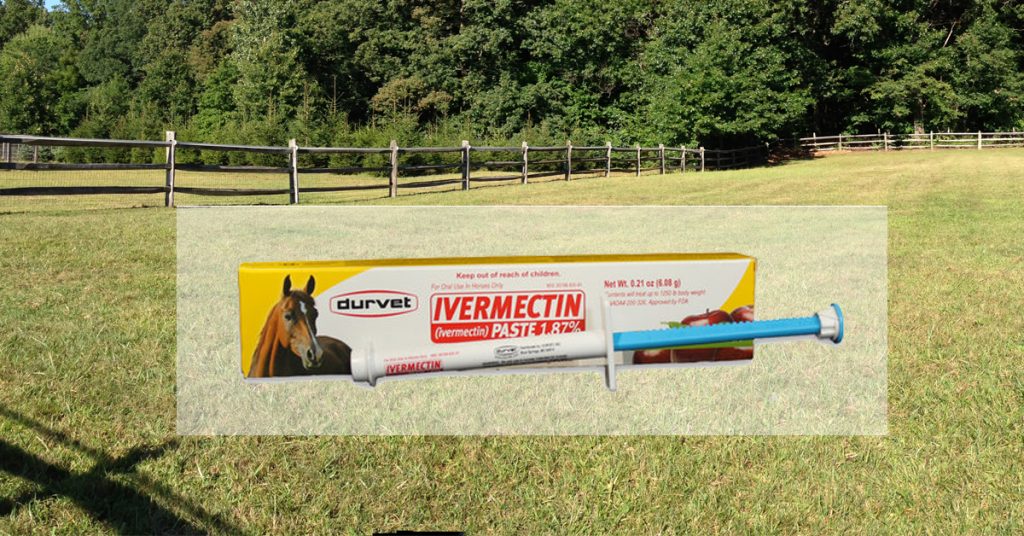 In October of this year, the 2015 Nobel Prize in Medicine was awarded to scientists, Professor William C. Campbell and Professor Satoshi Omura. They were recognized with this award for their work in developing the drug, Ivermectin.

As many horse owners know, Ivermectin is used to control parasites and treat some of the worst parasitic diseases. Its use, however, is not limited to the Equine world. Ivermectin has shown to be effective in treating diseases like River Blindness, Lymphatic Filariasis and other parasitic diseases in humans.

Campbell and Omura developed the drug in a joint effort. First, Omura cultured specific strains of bacteria known for their antibacterial activities in a lab. Campbell then took these cultures and found they were very effective for parasite control in animals, including horses. They originally called the purified, bioactive agent Avermectin, and then chemically modified it to create the more effective Ivermectin. When tested in humans, Ivermectin was found to kill parasite larvae successfully.

We congratulate Professor Campbell and Professor Omura on their great accomplishment and thank them for their work towards keeping our horses, and the people of the world, healthy.

Shipments to Alaska, Hawaii, Puerto Rico, and the Virgin Islands ship via FedEx where service is available. Free Economy Shipping is not offered to these locations since FedEx charges substantially more to deliver to them. If you have a special situation, or FedEx âOversize/overweightâ items, please call, email us or chat with us for a shipping quote.

The Easiest and Best Guarantee in The Business
Shop with 100% confidence at Dover Saddlery. If something doesnât fit you or your horse, return your original purchase within a year, and weâll make it right with a refund, exchange or replacement.

Our experience as riders and horse owners ourselves is that in most situations a yearâs time is fair enough to evaluate proper fit and function. PLUS: For manufacturerâs defects, weâll extend the manufacturerâs warranty to a maximum of 24 months, regardless of their individual policies. (AND: Manufacturer warranties longer than 24 months will be honored and supported by us as well up to the length of those warranties).

Exceptions: Safety items such as helmets and protective vests may only be returned within 30 days, with their original tags intact. Saddles and riding boots may be returned within the one year period, but are subject to a prorated refund based on usage. Used saddles may be returned for 30 days only. For everyoneâs protection, treats and vet meds which have been opened are not returnable, and returned blankets must clean and free of debris. Click here for our full Return Policy.

Print a Label:
Step 1: Create your Federal Express return label.
Step 2: Affix the label to your package â include your original invoice with your return.
Step 3: Drop the package in a mailbox, give it to your postal carrier, drop off at the post office or Drop it at a FedEx Location. This service is only available within the contiguous 48 United States.

We thank you and appreciate your patience while we catch up on our returns processing. We are slowed down due to COVID-19 and staffing constraints. We expect returns and refunds to take 10-14 days for processing. You will receive an email notification when your return has been processed.